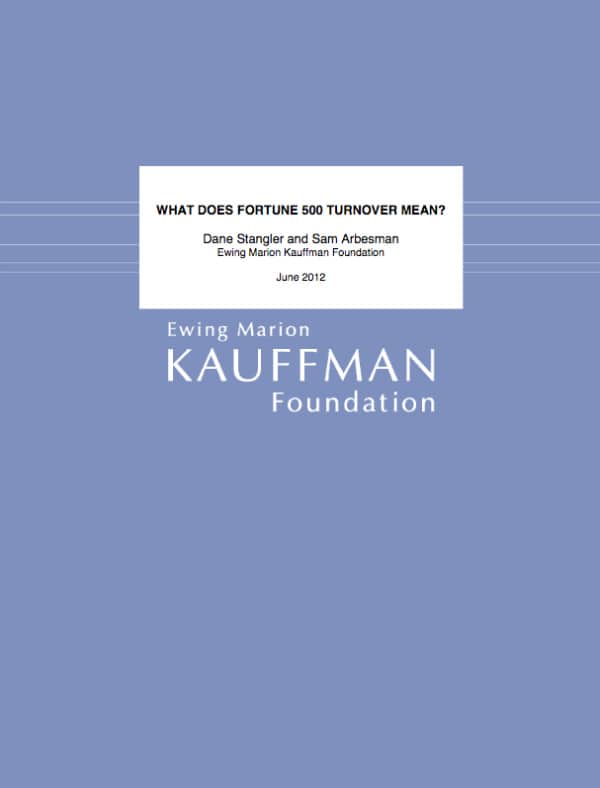 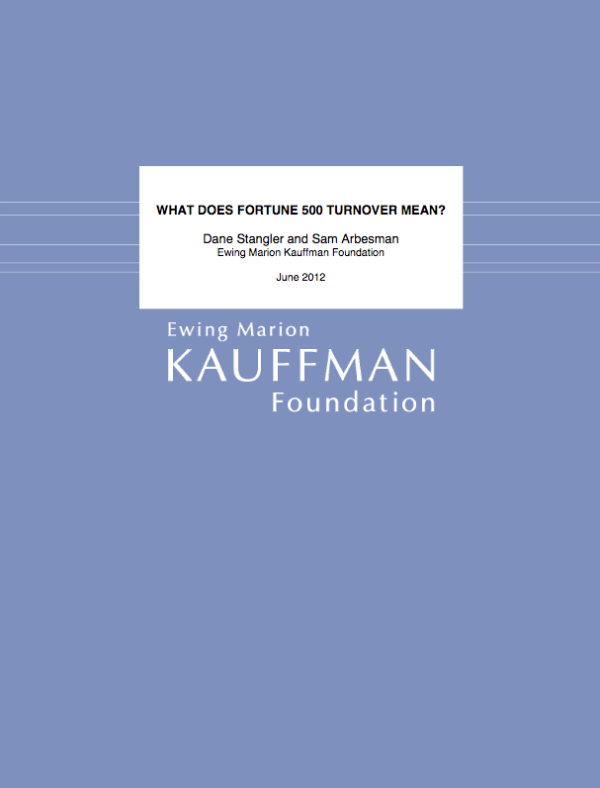 Since 1955, the Fortune 500 list represents the 500 largest US corporations by gross revenue.  Making the Fortune 500 is a mark of prestige for the company. But what got you there does not necessarily keep you there.

In 10 short years almost 40% to 50% of the Fortune 500 club are no longer found on the list and in The cost of culture, a 50% turnover of the Fortune 500 I took 10-year window to note the role organization culture has to get and keep a company fit.

Points I made within the post became cited in the Kauffman Foundation report What Does Fortune 500 Turnover Mean?  I chose to look at culture as a siren call for failure and a reason these former market-leading companies fail to maintain excellence.

Where I looked at the list through 10-year increments, the authors, Dane Stangler and Samuel Arbesman, note year-over-year turnover.

However, the authors, more deeply, and critically, dive into what causes turnover and if the Fortune 500 turnover is a good thing or, indeed, a bad thing.  If either, why, not just what?  As well as the extrapolated impact a shifting economy, sectors, and equity markets, themselves, have on Fortune churn for company appearance, disappearance, and, at times, reappearance.

Since 1955 some revealing numbers on that fickle Fortune 500 list:

A Decade of Decade

The chart below shows the increase, decade-by-decade. 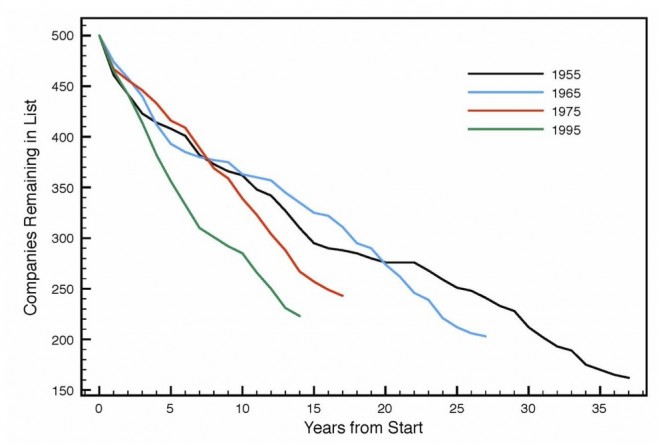 … race you to the bottom. Last one there wins.

The next chart, reprinted from a Wired Magazine brief, shows a more in-depth year-over-year picture. 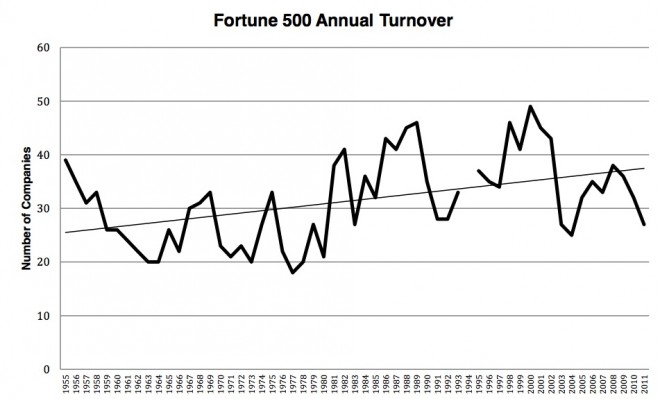 … don’t turn your engine off, dear boy, you won’t be staying long.

Is this purely a culture issue?  I could make a case, yes.  Culture is resilience, culture is staying power over competing values and ability to integrate diversity and innovation to keep those who become delusional on the straight and narrow.

It is a good read.  I appreciate getting found.  Though when you read the report, I am not necessarily cited in a positive light.

Subscribe to Email Posts and Join 631 New Friends
I believe in your privacy and will never sell or spam your email.
Cited and noted: What Does Fortune 500 Turnover Mean? was last modified: February 19th, 2017 by Toby Elwin