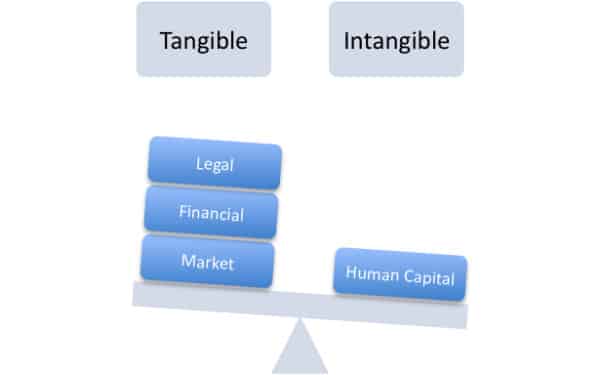 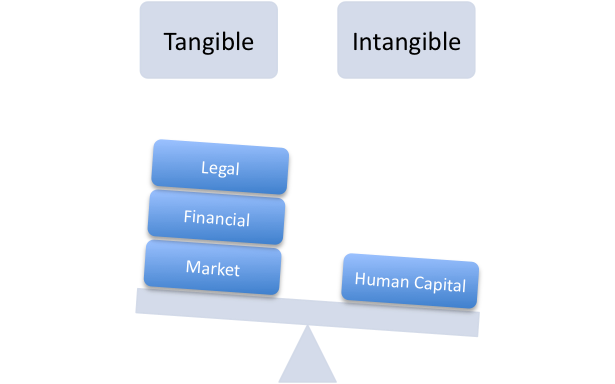 The disproportionate weight of tangible to intangible in assessments

The drive to evaluate operations and to contain costs is mistakenly applied as an operational issue across the board.  Too often human capital assessments lumped into the systems theory world of process and become a technical asset for management’s diagnostic view for cuts.

The result becomes an assessment or evaluation process that is really the disease responsible for symptoms such as high turnover, low morale, and mismanagement.

The reality is few want to dissect a market projection or discounted cash flow as purely fuzzy and inherently flawed.  And fewer like to admit the longer the projected time line the more fuzzy these projections are.

A case should be made that market and financial projections are really a greater leap of faith than any assessment of human capital value.

Human Capital Risk Arrives at 8am

Because human capital is an asset that cannot be controlled and managed wisely and managed with a waste, preservation, or acquisition in mind.

Unlike other capital, human capital is not as an asset that can be stored, banked, or squirreled away and human capital can neither be kept in reserve nor wheeled out of the shed for future use.

Human capital has to be managed daily, otherwise human capital is wasted capital and an under-performing asset is a resource waste resources.

How is human capital mismanaged in today’s knowledge economy and creative class?

The priorities of top performers* are:

The priorities of average performers* are:

There is no surprise that people in organizations are often afraid to take risks.

In spite of what gets said by their manager or presented in their organization’s values statement to encourage innovation, too many organizations create a culture that it only accepts risks as long as they get it right.

I don’t know how many organizations expect to survive with a stable of average performers, at any level.  Human capital is driven by motivation and each person’s view of their world.

If you want an organization of high performers, you have to stop treating the symptom of low morale, high turnover, missed deadlines, cost over runs, market failure, and group-think and go after the disease:  human capital as process after-thought.

Stop treating the symptoms with a Lean/Six Sigma roll out, a business process re-engineering, a Total Quality Management, a weekend retreat, or an all-hands meeting and begin to treat the disease of your executive and management team looking at human capital with an opinion that those people are lucky they have a job or that their paycheck is sufficient motivation. 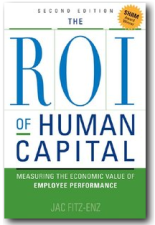 Subscribe to Email Posts and Join 630 New Friends
I believe in your privacy and will never sell or spam your email.
Human capital assessments — the symptom or the disease was last modified: August 24th, 2016 by Toby Elwin