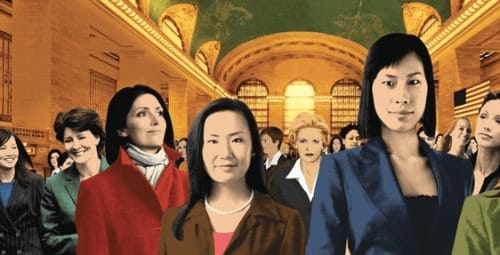 From the weekly, always insightful, Boston Globe Ideas Section, I give you this week’s UNCOMMON KNOWLEDGE [their capitalization, not mine].  This section usually provides a hodge-podge of nuggets from the social sciences.

This week’s lead might be better more accurately placed under COMMON KNOWLEDGE – It’s true, your boss is a psychopath:

Watching the news some days, you’d think a lot of companies were run by psychopaths. And, according to a recent study, some might well be. One of the authors of the study was hired by companies to evaluate managers — mostly middle-aged, college-educated, white males — for a management development program.

It turns out that these managers scored higher on measures of psychopathy than the overall population, and some who had very high scores were candidates for, or held, senior positions. In general, managers with higher scores were seen as better communicators, better strategic thinkers, and more creative.

However, they were also seen as having poor management style, not being team players, and delivering poor performance. But, apparently, this didn’t prevent some of them from being seen as having leadership potential.

The authors conclude that “the very skills that make the psychopath so unpleasant (and sometimes abusive) in society can facilitate a career in business even in the face of negative performance ratings.”

Who keeps promoting these clowns?

Why is this tolerated?

Interesting to note it was in the top 5 most emailed articles of yesterday’s [06/20/2010] Boston Globe.  I wonder if people were read and emailed the article in anticipatio of another week trying to figure out what to do with their psychopathic boss?

Here’s a link to the abstract this study was quoted from Corporate psychopathy: Talking the walk; Paul Babiak, Ph.D., Craig S. Neumann, Ph.D., Robert D. Hare, Ph.D. Unfortunately, like most things Wiley Publishing has, this is only an abstract.  But you may be able to sleep better at night with a full-access view of Managing Psychopathic Employees from Cornell HR Review.

Is this organizational learned helplessness an effect of promoting technical experts with little people skills?  I don’t know.

But, now on to something to provide hope.

The Atlantic delivered this gem that might just take us all back from the edge:

The End of Men – Women are dominating society as never before.

Earlier this year, women became the majority in the workforce for the first time in U.S. history. Most managers are now women too.

And for every 2 men who get a college degree this year, 3 women will do the same.

For years, women’s progress has been cast as a struggle for equality. But what if equality isn’t the end point? What if modern, postindustrial society is simply better suited to women? A report on the unprecedented role reversal now under way— and its vast cultural consequence.

Is it too much to hope that women manage the organization world better than us psychopaths?

Subscribe to Email Posts and Join 630 New Friends
I believe in your privacy and will never sell or spam your email.
It’s true, your boss is a psychopath — UNCOMMON KNOWLEDGE? was last modified: August 24th, 2016 by Toby Elwin