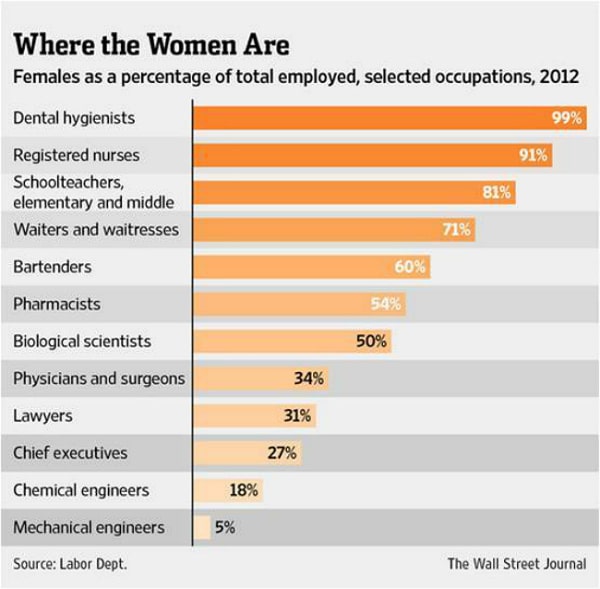 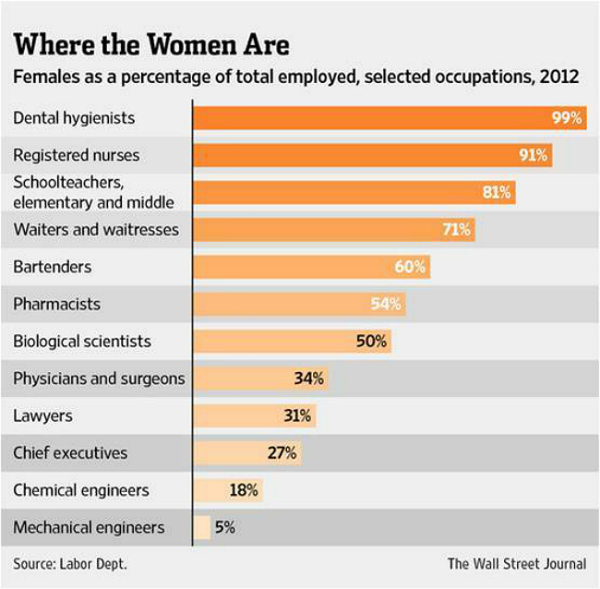 Females: girls to women; males: boys to men. Same species different rules. Much we compare and much to despair.

Girls outnumber boys in student government, in honor societies, on school newspapers, and in debating clubs. Girls read more books. They outperform boys on tests for artistic and musical ability.

Post-education, our professional organizations reward men. Women get more criticism and less praise in the workplace than men do, paid 7% less than men, and judged more negatively by prospective employers than men with identical backgrounds.

No Gain on Net Loss

The Atlantic’s Garance Franke-Ruta, who I reference above, in Why Isn’t Better Education Giving Women More Power? writes:

Studying, careful preparation, patient climbing from one level to the next—seem to give women an advantage academically, judging from the fact that they get higher grades in college than men do. Yet these behaviors aren’t necessarily so helpful in the workplace.

Out in the work world, people hire and promote based on personality as much as on formal qualifications, and very often networking trumps grinding away.

There’s comparative meritocracy in most academics: you take a test, you get a grade; you answer a question, you get praise; you accumulate grades, you have a class rank. Black and white.

In business, accession has more to do with kleptocracy and politics (sorry: networking) than knowledge, ability, and skills. Professional organization success has less to do with who your skills compare against as there are no class projects or tests to assign comparative A, B, C grades.

The typical boy is a year and a half behind the typical girl in reading and writing; he is less committed to school and less likely to go to college. In 1997 college full-time enrolments were 45 percent male and 55 percent female.

The key:  rewards learned to succeed in one environment may not make the rules for success in another.

If looking for a playing field of academic meritocracy in a corporate performance review game that relies on kleptocracy, amongst other politics at play, delusion has clouded sanity.

We are the same species, is this nature versus nurture or a whole set of learned behavior that needs to look across gender to skill building and environment to develop competence to enable confidence?

We need to celebrate cognitive diversity and, I feel, opportunity over equality.

Where can men and women learn to take more risk, speak up, negotiate, and fill that seat at the table? In learning organizations from education through professional development.

A little less around organization engagement and a little more around learning engagement.

Subscribe to Email Posts and Join 613 New Friends
I believe in your privacy and will never sell or spam your email.
Ms. Education after graduation was last modified: August 24th, 2016 by Toby Elwin