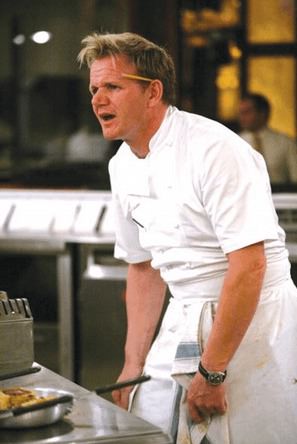 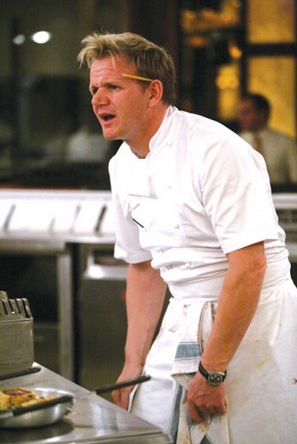 Ohhh … There you go, there you go! Requested it well done, did they? Now go and look at it, then! SCHMUCK!! JERK!!

The intent of keeping people, process, and technology in mind is thinking through the impact change has on the three.  Identify that impact and then you should have a good idea of what it will take for a project or effort to succeed.

The reality is that people, process, and technology do not add to a full picture.  This heuristic trinity leaves a critical hole, in reality you should divide all three by the most important factor:  behavior.

Too often within the three, process and technology take a majority of dialogue and budget.

Perhaps people, often considered the soft side, represent the heart of change challenges.  Dealing with people is more difficult than plugging a machine.

It is easier, on paper, to map a process or design a system than to build new behaviors.  But, without people, who follows process?  And without people who turns on, utilizes, and maintains the technology?

People, process, and technology.  Planning without deep exploration that the impact change has on all three is a project aiming for the scrap heap.  The hardest part, is the softest part:  people.  Usually the soft gets ignored to get on to the hard work of process maps or vendor selection.

However, the soft is the hard, perhaps that is why the people part gets ignored:  too hard to deal with.

Admittedly, the people portion might include a review of new skills needed, the new competencies developed, the new reporting relationships, or the new span of control.  But, without a focus on behavior, people, process, and technology does not cover a true impact analysis:

People, process, and technology is not a law, it is a rule of thumb; we could quibble that people should not need it’s own category, as both process and technology rely on people.

However, it is clear in most change that people draw the short straw in design.  So, let’s add a policy to include behavior in the functional design:

Recently I felt lucky to get a solid refresh to the oft-quoted S.M.A.R.T. goal design by introducing “Y”, as in WHY are you even doing this, I’d like some more discussion on the behaviors expected for people, process, and technology to succeed.

Behaviors as a denominator keeps end-user adoption in mind from the start.

Subscribe to Email Posts and Join 613 New Friends
I believe in your privacy and will never sell or spam your email.
People, process, and technology … divided by behavior was last modified: August 24th, 2016 by Toby Elwin