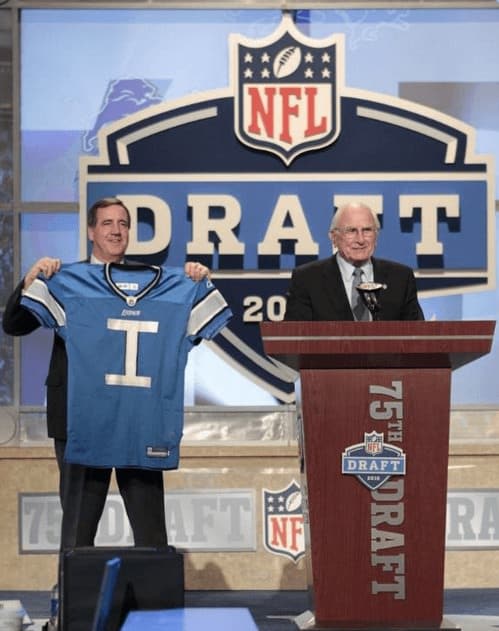 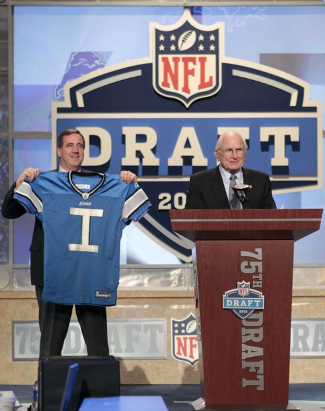 “I” for irrelevant. But not the way his Mum feels.

The NFL draft reveals all things wrong with talent acquisition and recruiting.

That list, like your interview and recruiting strategy, is intended to project future performance, but like all the great financial advisors tell us, “past performance is not an indication of future results”.

The asterisk next to some of their tests for those, perhaps, similar in organization’s recruiting, evaluation, or assessment tool kit.

Here’s the rub, if these assessments worked, the inference would be clear.

Well, with the amount of quantifiable and qualitative information used to assess players, how well do NFL teams draft? Let’s take a look, data is from 2004 – 2008, after 4 years of drafting, there were a total of 4,064 draft picks for the 32, NFL teams:

The immense amount of resources involved trying to project future success of a player on an NFL team, or in your company, does not provide a high success rate. With the resources involved, an improved recruiting strategy is one of the most powerful ways your organization can remain competitive, reduce costs, and deliver customer excellence. So, what is the answer? There is no 1 answer, but there are better approaches.

When we recruit people we really have to look at a person’s fit on at least 4 levels:

Unless you are a hermit, you need to interact with others and how someone manages their emotions and manages relationships is extremely important. This is referred to as Emotional Intelligence (EI) and EI highlights the importance of how people interact with others and perform in a team – there’s a connection to an NFL team for every organization.

Know your role, know how to motivate, and know how to deliver within the organization’s goals.

The second way you can assess and interview candidates is to understand your organization’s culture. The Competing Values Framework allows you to identify how your organization values ability and the norms of getting things done.

Hiring a superstar who does not gel within a culture is a waste of effort. It is not the failure of the person, but a failure of the recruiting process to identify fit. But please, PLEASE, don’t just bandy about culture as a weapon, identify the key traits, values, and norms of the culture and create behavioral questions to identify how well a recruit fits or does not fit.

If you care about diversity, someone who does not fit your culture may be a strategic hire, but for that strategy to work, there needs to be a high regard to coach and cultivate diversity.

Neither EI nor Competing Values should be a used as a final assessment of fit. They should be part of the total picture of fit. The sooner you understand the culture the sooner you can move beyond technical excellence and into collaborative or emotional intelligence.

Just imagine what San Diego would have found out about Ryan Leaf if they had emotional intelligence on their side.

Don’t let your recruiting strategy turn into a crap shoot, unlike NFL teams, you don’t have the chance to wait 3 years:

NFL teams believe it takes 3 years to completely integrate a rookie into their role. You don’t have the time or the resources to wait 3 years even if you have a plan and most organization experts believe it takes 1 year for a recruit to integrate and get up to speed enough to begin to earn their salary.

*of interest is the winning percentage of both teams during those 4 years: the New York Giants winning percentage was 58.7% and the New England Patriots was 78.75%. This lends insight into successful organization cultures, but is a topic for another day, I don’t want to stoke a NY/Boston sports war here; that the Giants beat the undefeated Patriots in the Super Bowl in 2007 season, fortunately, is not relevant to organization recruiting…

I welcome your comments.

And from a player’s perspective:  There’s one thing separating the great players from the good in NFL

Subscribe to Email Posts and Join 631 New Friends
I believe in your privacy and will never sell or spam your email.
The NFL draft and your company recruiting strategy (round 2) was last modified: April 7th, 2018 by Toby Elwin