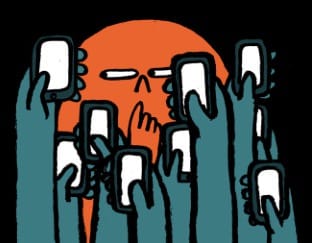 I think I am going to wait this out

Those early market adopters, the techno-weenies that stood in line for Apple’s iPhone 4, they represent only about 13.5% of the potential market.

It seems many consumer and technology products look for the big splash that Apple seems to land as a sign their company and their product are cool, hip, and successful.

Early adopters are people who play on the what is called the ‘bleeding edge’ of technology.  These players, the early adopters, are who marketers target in the belief that early adopters talk up the gizmo and  are the mavens who influence others.

However, there’s a saying, “if you want to play on the bleeding edge, be prepared to bleed”.  In that rush to make a splash everyone talks about there is a performance, public relations, and/or long-term growth risk.

This great article by Clive Thompson on Why Gadget Makers Should Target Late Adopters gives a great view of the market laggards offer, well, what about 16%?  Versus 13.5% of early adopters, laggards, or those that refuse to buy, have a 16% market share.

What about targeting laggards over early adopters?

Just a perspective:  think about those Walkman owners for a moment.  The laggards sat out the MiniDisc [incidentally, I loved the MiniDisc player and still use mine], waited for the initial slash in MP3s, then jumped in:  iPod anyone.

Success is, in the consumer tech world, may be fleeting indeed, as this roundup of opinion on Apple’s bizarre apology to their iPhone4 buyers. Incidentally, there’s a moral to the bleeding edge somewhere in there.

The laggards made the iPod, iTunes, and Apple a great success.

Now think on that …

Incidentally, since you are less worried about the early-adopter mavens you now have the time.

Subscribe to Email Posts and Join 623 New Friends
I believe in your privacy and will never sell or spam your email.
The maven or the laggard — Clive Thompson’s view was last modified: August 24th, 2016 by Toby Elwin

DON’T MISS OUT!
Subscribe to Email Posts
Join 623 others who get the latest updates to email.
I believe in your privacy and will never sell or spam your email.